Surprisingly This Rather Works 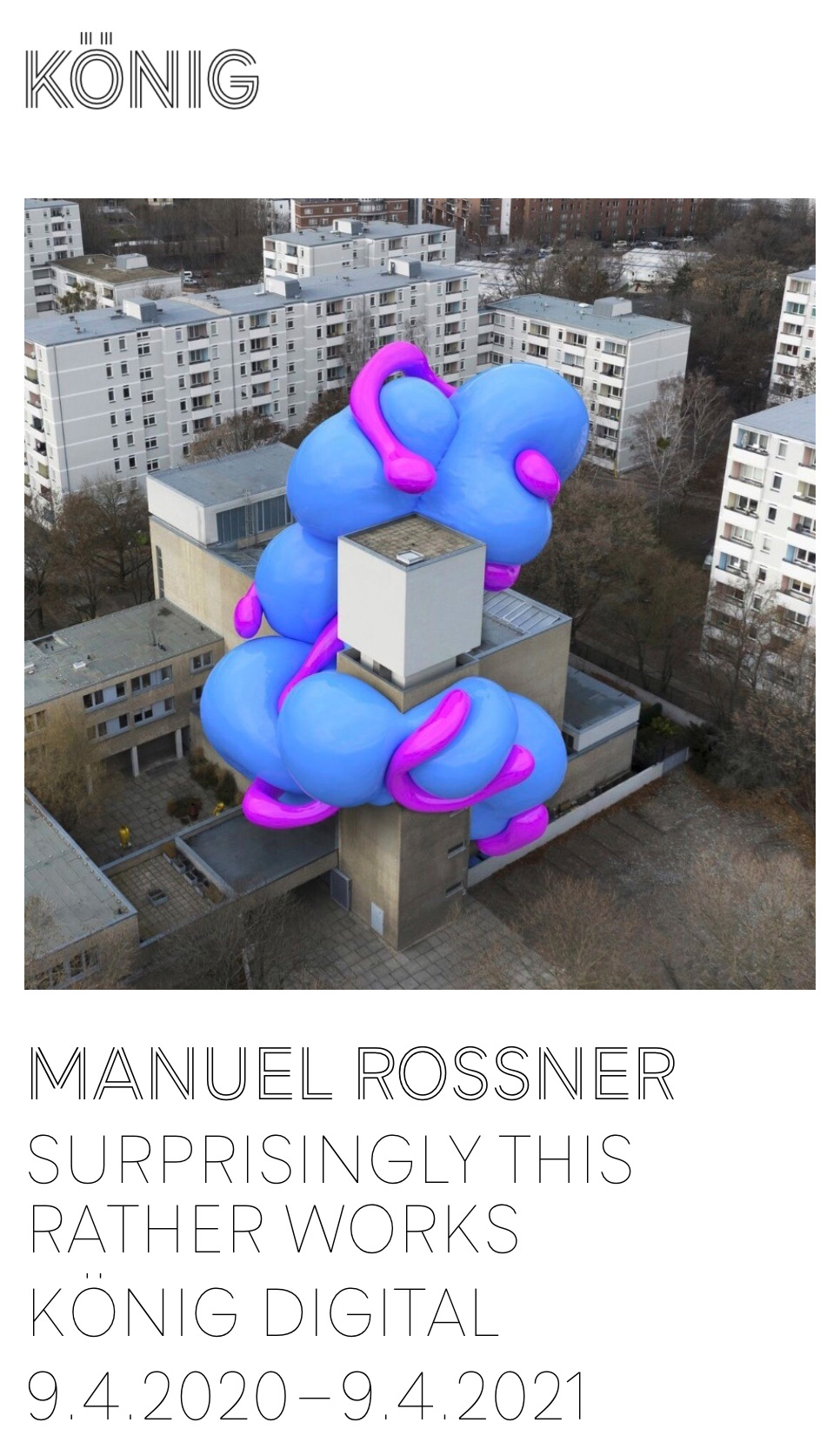 With SURPRISINGLY THIS RATHER WORKS, curated by Anika Meier and Johann König, KÖNIG GALERIE presents an exhibition of digital art by Manuel Rossner that is both a spatial intervention in and a virtual expansion of the physical gallery. It is Rossner’s first solo exhibition in this space. The digital visitor enters the virtual gallery through an app.

SURPRISINGLY THIS RATHER WORKS shows a series of digital objects that form a parcours, which the visitor can explore by means of an avatar. Rossner transforms the brutalist church St. Agnes into a gaming environment inspired by the 1990s game show “American Gladiators” and by so-called gyms that are used for cutting-edge research in artificial intelligence by companies such as OpenAI in San Francisco.

Things that are impossible in physical space become possible in the digital environment. In the latter, a treadmill breaks through the floor and the back wall of the nave of St. Agnes. A huge yellow sculpture sprawls like a plant through the stairwell all the way up to the church tower. An amorphous object made up of blue and pink bubbles spreads out beneath the ceiling of the church. Smooth algorithmic material takes over the austere brutalist structure.

Rules that normally apply in exhibition spaces have been suspended in this digital environment. Whereas visitors are typically warned not to touch the artwork, they are now asked to “please interact.” Using the navigation on their smartphone displays, visitors steer the avatar through the gallery with the commands “Walk,” “Jump,” and “Look.” Accordingly, the avatar runs and jumps over large boulders that lead up to the ceiling of the nave, where two more objects need to be traversed before it enters the amorphous sculpture. Another jump—and the avatar runs on, into the blue bubbles, up an enormous yellow sculpture, turning round and round, ascending ever higher until it reaches the very top. After yet another leap, the avatar returns to the floor of the nave, where the digital visitor can explore paintings and sculptures by Rossner. The invitation to interact with these works of art also means that the visitor is allowed to knock them over.

In the digital realm, the boundaries between painting and sculpture begin to blur. Rossner explains his work process as follows: “A controller that passes the position of my hand in 3D space on to the computer converts my movements into lines, which in turn become transformed into volumes.” Rossner thus creates objects that are, at one and the same time, paintings and sculptures.

SURPRISINGLY THIS RATHER WORKS is the first exhibition to take place in the virtual space KÖNIG DIGITAL. Further exhibitions are currently being planned as part of the series THE ARTIST IS ONLINE.