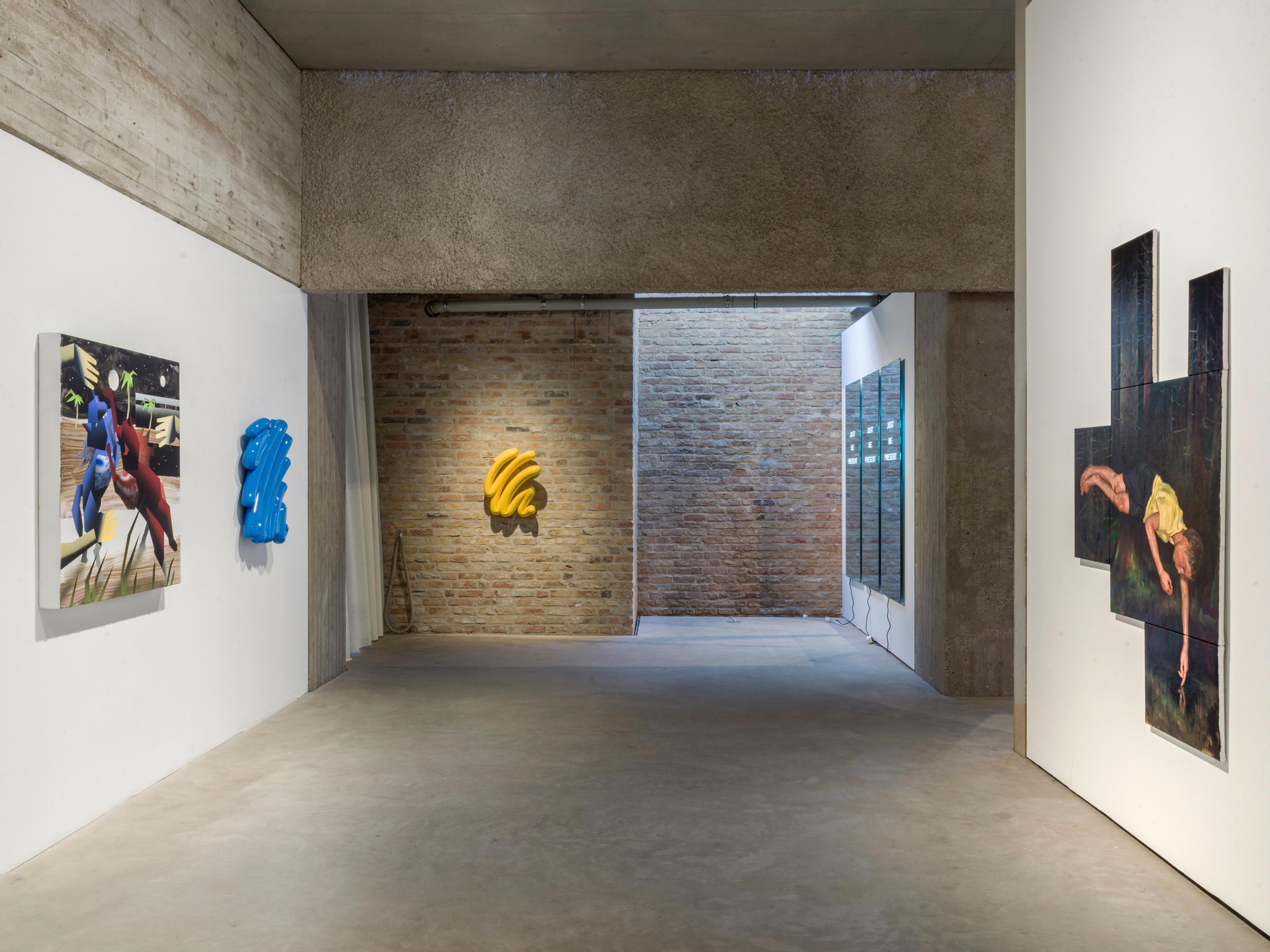 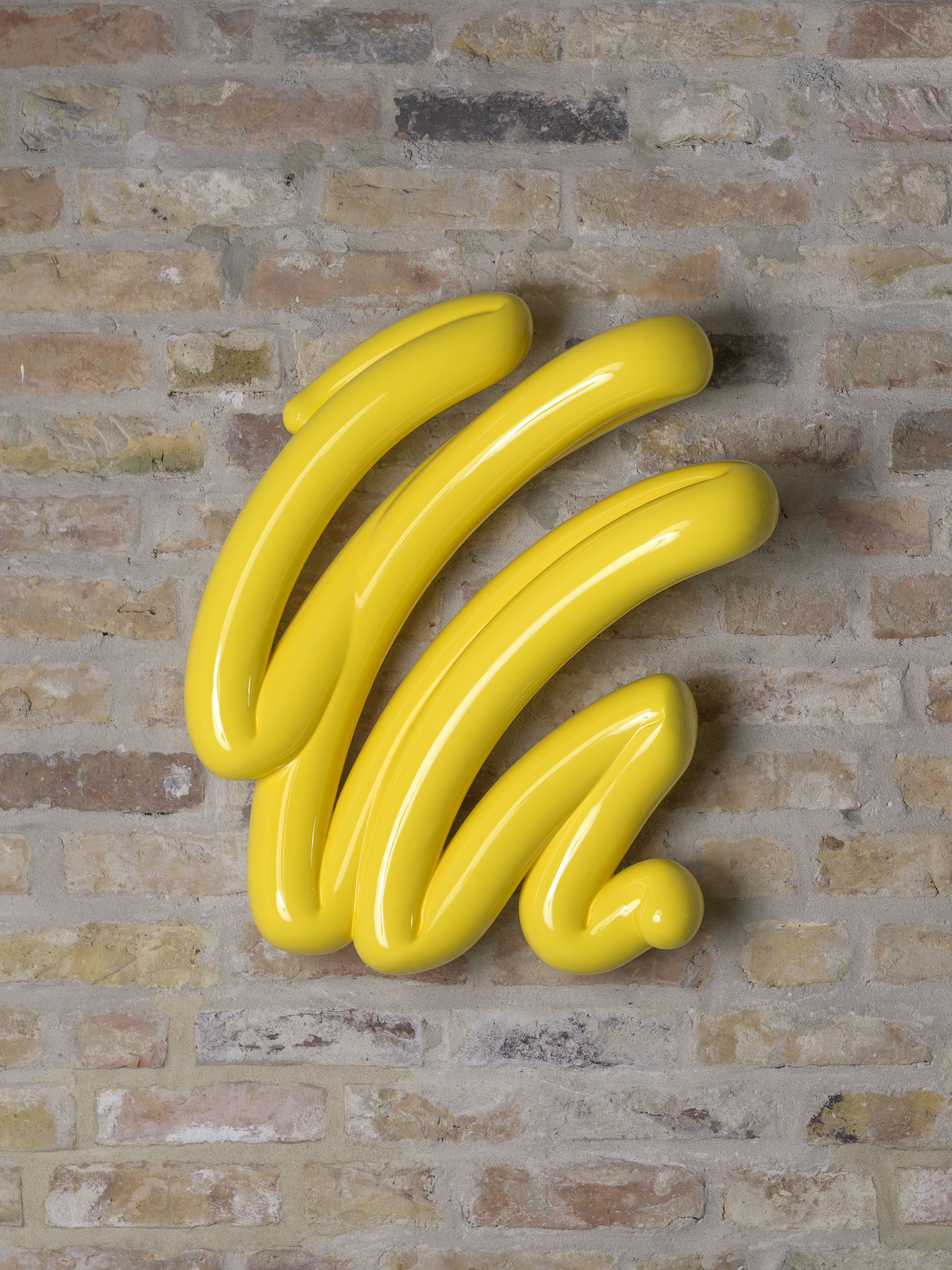 For his SURPRISINGLY SERIES Manuel Rossner adds a new dimension to his virtual reality paintings. The physical objects are produced precisely after the digital shapes with the help of CNC milling. They are part of both worlds: the simulated and the tangible.

In the digital realm, the artist uses virtual paintings to create objects, which expand architecture and invites the visitors to interact.

Placed in a physical surrounding the relation to the history of painting becomes apparent. They reference the rectangle as the format of a classic canvas.

Rossner’s spatial movements represent the conditions of the human body: The lines are not flat. They bend according to the angle of his joints. Therefore they break and expand the template of the two dimensional canvas. 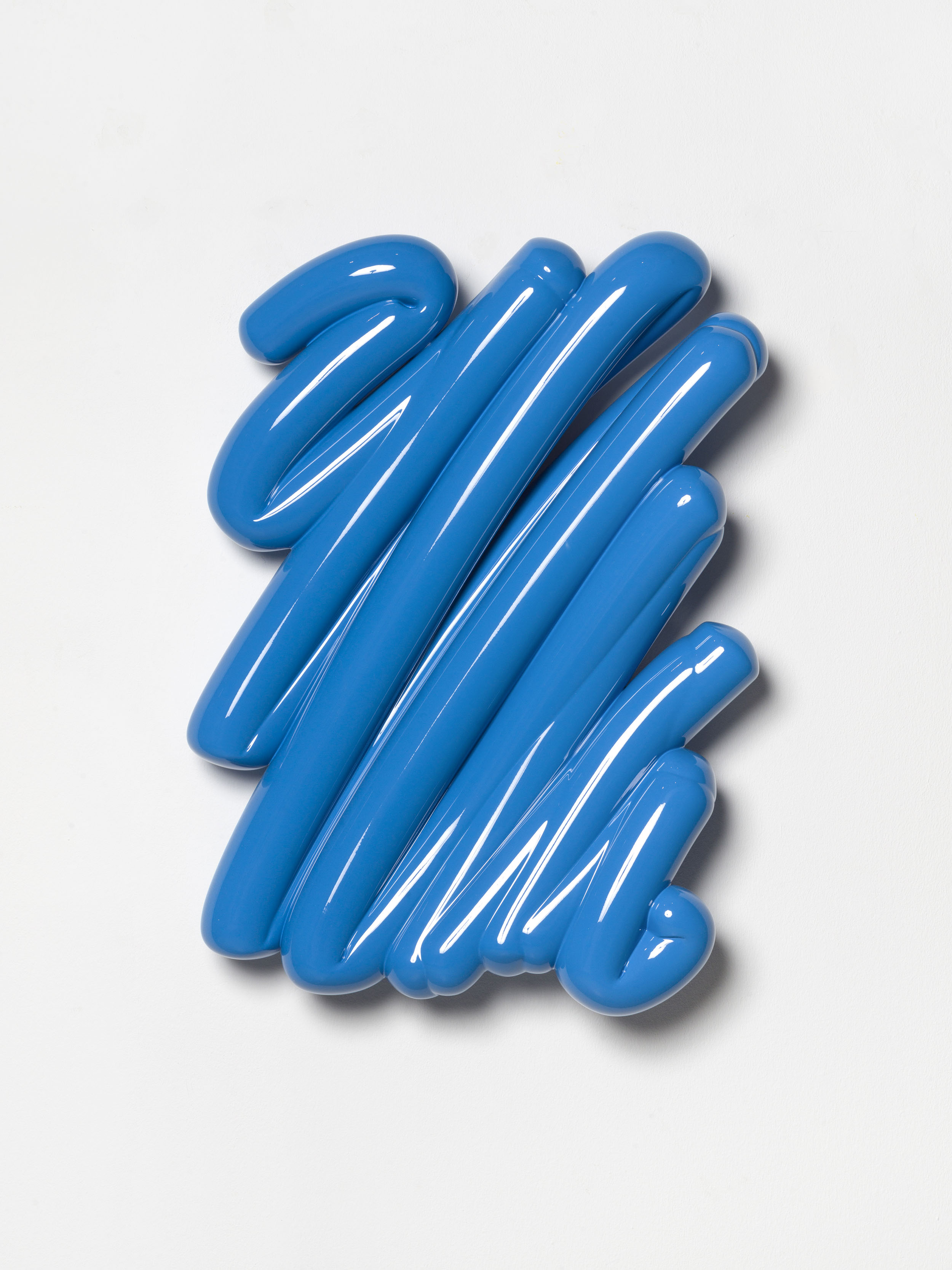 Rossner’s drawings are based on one of the most simple forms: the abstract line created by the movement of his body in space. The mathematical shape is not visible until it has a volume. Once rendered as a volume, it has a presence in space and therefore not only qualifies as painting, but also has a sculptural dimension.

The series emerged from SURPRISINGLY THIS RATHER WORKS, Rossner’s digital solo show at @koeniggalerie, curated by @anika and @johann.koenig.

The physical artworks are part of the group show THE ARTIST IS ONLINE, on view March 18 to April 18, 2021 at KÖNIG GALERIE.